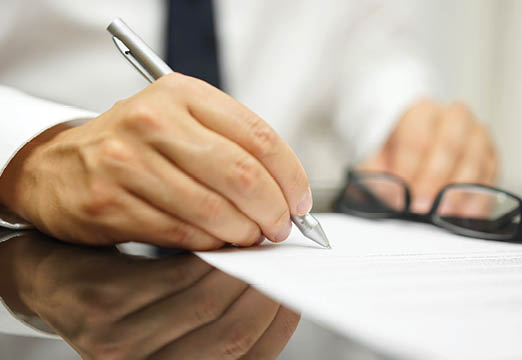 In 2021, the Cayman Islands Monetary Authority (CIMA) released a new Regulatory Policy on Licensing for Class B Insurers. The section on Funding and Collateral Arrangements was particularly interesting given the popularity of letters of credits (LOC) in captive insurance programs.

Most captives using letters of credit often use the financial instrument as outgoing collateral to the benefit of the carrier in lieu of cash. However, an LOC may also be used by captive insurance owners in lieu of cash capital generally referred to as an incoming letter of credit. In the Regulatory Policy, CIMA explicitly noted the requirements for an incoming LOC to be considered as capital.

An LOC is a letter from a bank guaranteeing the applicant’s payment to the beneficiary will be received on time and for the correct amount. The issuing bank collects a fee for the service typically based on a percentage of the size of the letter of credit. Additionally, the applicant is required to post collateral to the bank to support the bank’s guarantee.

Types of Letters of Credit

There are numerous types of letters of credit; however, only a few are seen and used in the captive insurance industry. What are these types of LOCs?

An irrevocable LOC cannot be cancelled or modified without the consent of the beneficiary. This LOC reflects absolute liability of the bank (issuer) to the other party.

An incoming LOC is applied by the captive insurance owners, and the beneficiary is the captive itself. This serves as additional capital to the captive for statutory purposes.

An outgoing LOC is applied by the captive, and the beneficiary is the captive’s creditor (i.e., fronting carrier). These serve as collateral for the captive’s insurance obligations.

A back-to-back LOC is the type of LOC that considers issuing an outgoing LOC based on the collateral an incoming LOC provides. An incoming LOC is opened in favor of intermediary as per the captive’s instructions, and based on this incoming LOC and instructions of the intermediary, an outgoing LOC is opened in favor of the creditor of the captive. A back-to-back LOC may have an issue being considered as capital if a captive falls short of its minimum or prescribed capital requirement, as the captive generally is not the beneficiary to the incoming LOC.

How Do Insurance Captives Use Letters of Credit?

Until you actually use the LOC for a business transaction, an LOC is an off-balance sheet disclosure. Under Generally Accepted Accounting Principles, assets, liabilities, revenue, and expenses are only recognized when they happen. Since an LOC guarantees a future liability, there is no actual liability to recognize. As a result, LOCs are disclosed as a footnote to the financial statements.

With CIMA providing clearer requirements for the LOCs, the Regulatory Policy has clarified when the authority will or will not consider an LOC as capital.

In order to be considered as capital, an LOC should be clean, irrevocable, and unconditional and should name the insurance captive as the beneficiary. The LOC should be issued by a financial institution regulated by CIMA or any other regulatory authority acceptable to CIMA and is rated at least A- by Standard & Poor’s rating agency or the equivalent by another recognized rating agency.

CIMA also expects the insurance captive to disclose to all relevant parties if the LOC is intended to be used as collateral.

With this information, we as captive managers having been provided additional clarity of LOCs as capital. Having the option of using LOCs as capital provides flexibility for captive insurance owners to better manage the capitalization of the captive within the entire organization.

Letters of credit and regulatory policies can be difficult to navigate that’s where GCM can help. Reach out to us today!